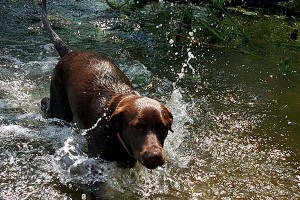 “Uh…Sure,” I replied nervously. It wasn’t my boys’ shooting that I was nervous about. I feel absolutely comfortable with their gun safety. The boys would each be taking turns throwing clays for the other one to shoot at with their shotguns in preparation for waterfowl season. I was nervous about the fact that I knew it was the moment of truth. This was going to be the first time we shot around our dog, Molly.

I absolutely adore our eight month old chocolate lab Molly. She’s the best dog in the world and has been a perfect addition to our family. That being said, one of the reasons I convinced my wife we needed her was to be a hunting companion. My boys are becoming more and more obsessed with waterfowl hunting, and I wanted to make sure that they had the opportunity and experiences of training and working with a good waterfall companion. So, it was time to shoot. 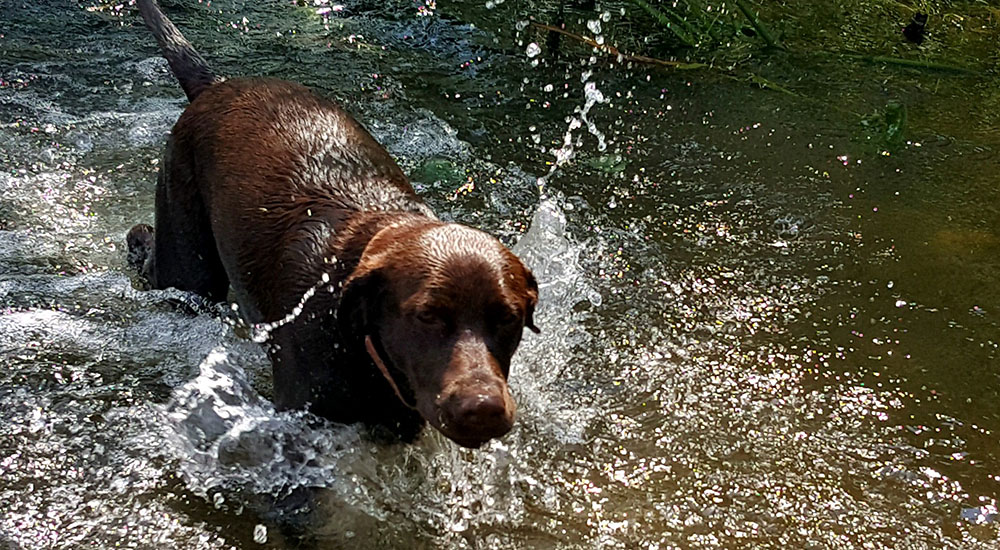 I tried every trick I knew. I had a pocket full of treats. I sent the boys way out in the backyard while Molly and I stayed in the front yard out of sight, playing while they started shooting. My theory was that if Molly and I were playing and I was giving her treats, she wouldn’t notice the shooting as much. I planned to continuously move her closer and closer toward the boys as they were shooting, continuing to play and give her treats. I was planning on keeping her distracted while she was becoming desensitized to the loud noises.

As fate would have it, Molly heard the shotgun blasts right away and became curious. My philosophy when training Molly has always been to let her be the boss and only introduce things to her when I felt she was ready. So since Molly was clearly curious (and not scared) about the gun blasts we slowly walked closer and closer to the boys as they were shooting. One thing led to another and Molly was literally sitting next to my oldest son as he was shooting at clays thrown by his younger brother. I know to leave well enough alone and we called it a day, chalking up Molly’s first experience near guns as a positive one. 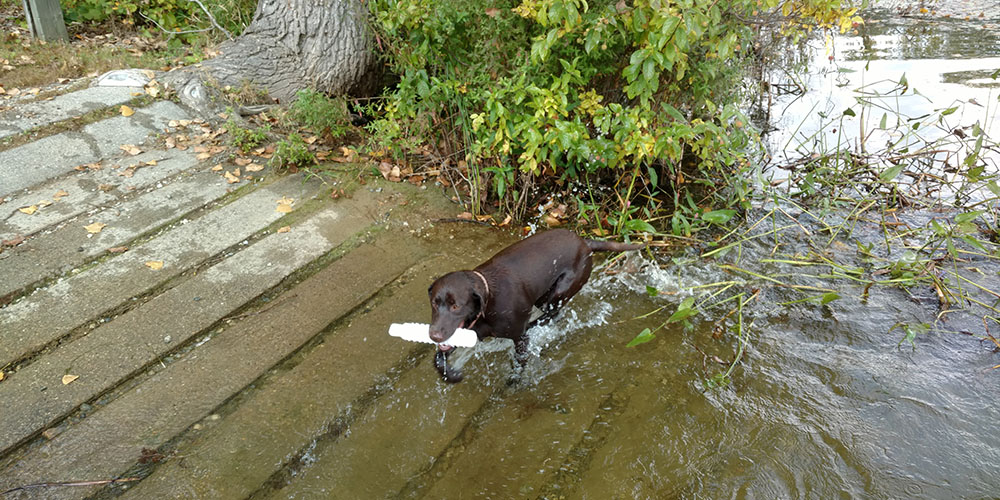 The next day when we shot again I don’t know who was more excited – the boys, Molly or me. This time we changed things up a bit. Once again I had a pocket full of treats, but this time we started right next to the boys. I knelt down next to Molly so we were all on the same page as far as when the clay was going to be thrown. I had her watch it as well and as soon as the boys shot, I would throw her retrieving dummy out in the field. Molly got the hang of things pretty quickly and started to realize that once she heard a bang, that meant something was going down that she needed to go recover. We stopped at this point once again considering the day a success.

This is where we’re at right now, I’m hoping to find time to take her and the boys out to the pond soon. Molly has had a handful of swimming experiences, and she seems to really enjoy the water. She even does pretty well retrieving. I’m going to do the same thing have the boys shooting on the pond while we throw her dummy and have her retrieve it. 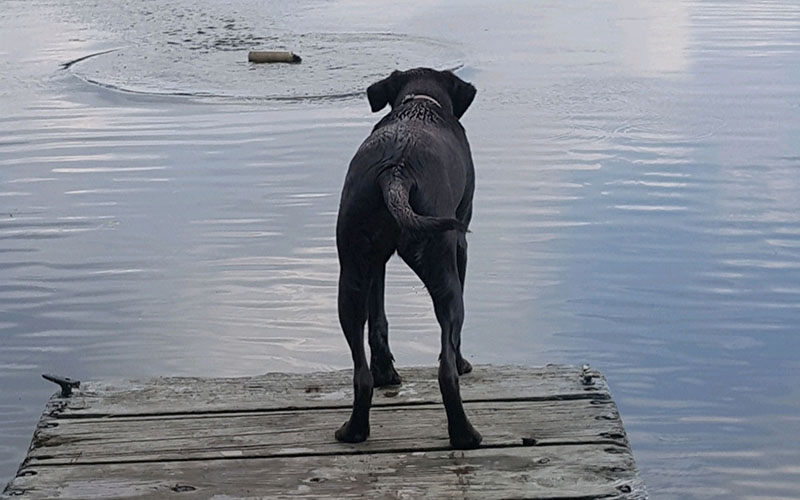 That’s it for now, short, sweet and simple. I want to continue to make sure that hunting is fun for everyone involved, including the dog. Stay tuned for more updates as we get some water retrieves and actual hunting situations in under our belts this fall.