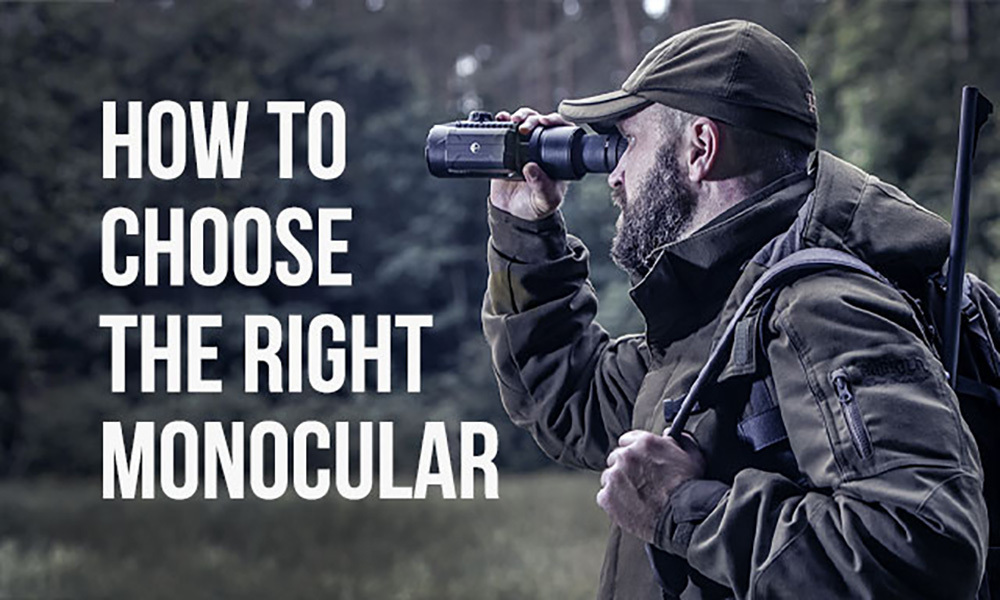 The best way to describe a monocular in one sentence is to compare it with other optical devices. A smaller and more compact telescope with less magnification; half a pair of binoculars; a spotting scope that can be held in one hand – this is what a monocular is. A device frequently used by golf players and outdoor enthusiasts who value lightness. Monoculars tend to be underestimated and often skipped for one of their bigger relatives, but convictions like that are groundlessly harsh. A monocular can become a great companion for those who are content with what they have to offer. When ultimate magnification is not a priority and every ounce matters, you won’t find a better optical device. Let’s take a look at what binoculars are and why you might want to own one. 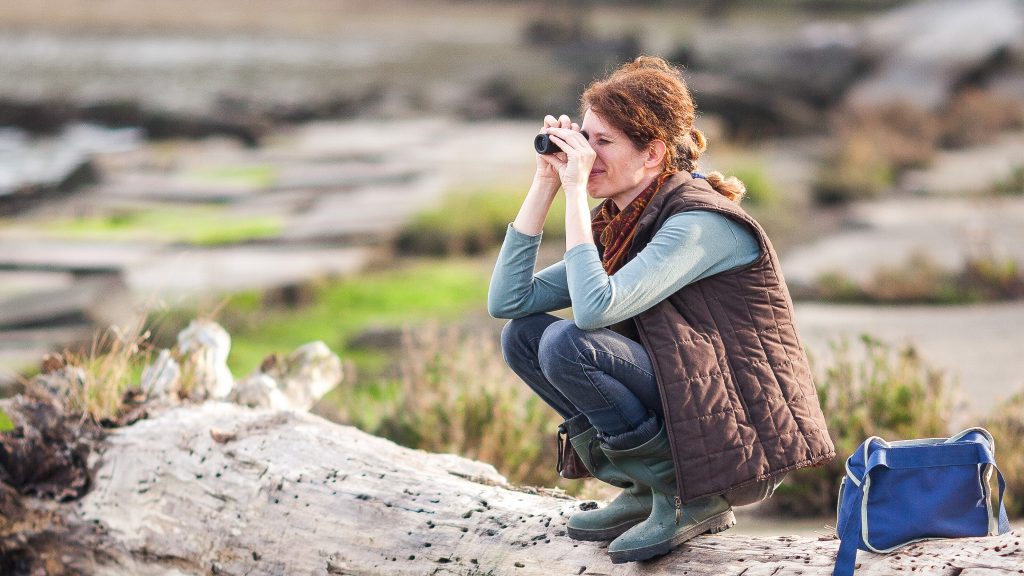 History of the Monocular

The historical path of monoculars is inseparable from that of a telescope. After all, the invention of a telescope marked the beginning of the optical device era. Though glass was discovered around 3500 BC, it wasn’t until the 16th century that a lens was invented.

The unfair thing about history is that many people may come up with the same inventions, some even earlier than others, but only one of them will be remembered as the father of a device. The same thing happened to the telescope. Hans Lippershey of Holland wasn’t the first person to make one, but it is he who went down into history as the original inventor.

Truth be told, he is not the most famous person associated with a telescope. Galileo Galilei introduced the telescope to astronomy in 1609 and was the first to see the moon craters with a 30x magnification device. The telescope’s revised version saw the light of day in 1704 when Isaac Newton replaced glass lenses with a curved mirror to gather light. This novelty opened the door for boundless magnification capabilities, the curved mirror’s size being the only limiter.

Binoculars were invented not long after the telescope by the same Hans Lippershey, who got this request from a patent-granting institution. They weren’t spectacularly different from telescopes, with two such devices mounted on a single frame being the very invention. The next editions weren’t particularly successful, and for almost three centuries, binoculars weren’t in the spotlight. The first real binoculars were patented in 1825 by J. P. Lumiere. The progenitor of modern prism binoculars was introduced almost twenty years later in 1854 and is attributed to Ignazio Porro.

The earliest records of monoculars as modified versions of a telescope date back to the 17th century. At the time, they were used primarily for defensive purposes for spotting riders and distinguishing banner colors from afar. Monoculars went through many modifications throughout the centuries and now look only vaguely familiar to their former selves. 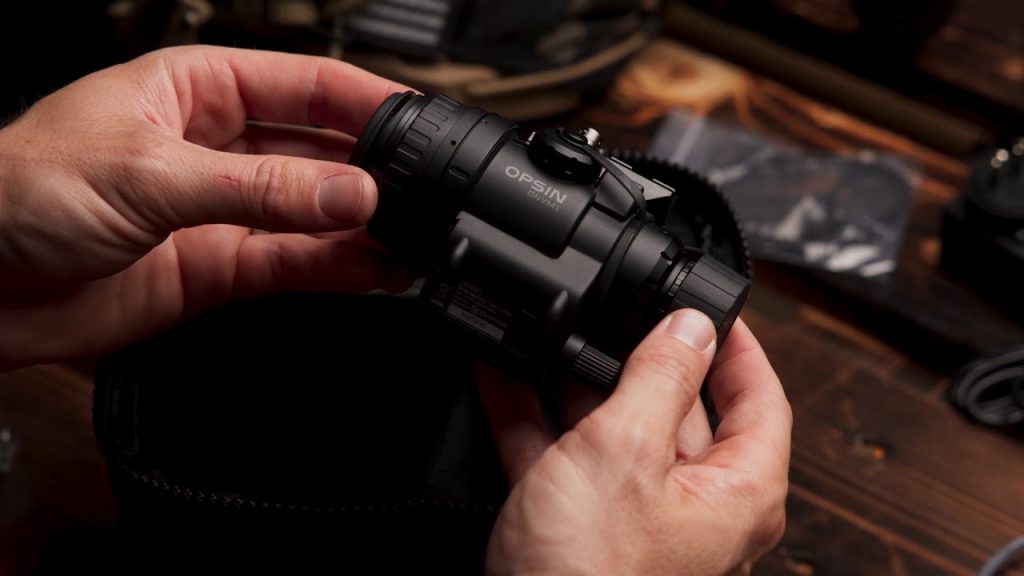 All monoculars work similarly: they magnify the perceived image with the help of prism lenses. In that regard, there are not that many types to talk about. However, modern monoculars include many other useful features, and that’s where the differences come into play.

The name speaks for itself – such monoculars feature a compact compass somewhere on the device. They are indispensable for hiking and camping, as they combine two devices, saving space for other pieces of equipment.

Regular monoculars rely on natural light when producing images and will be of little help in low-light conditions and darkness. Night vision monoculars don’t suffer from this drawback, granting their owners a unique opportunity to observe nature at any time of day or night. Three varieties of night vision are currently used in monoculars: intensifier-tube, infrared, and thermal imaging. Some, like intensifier-tube monoculars, will work well in low-light conditions and not so well in darkness. At the same time, a thermal monocular will function equally well regardless of lighting conditions.

Another device with a self-explanatory name, rangefinder monoculars feature a device that tells you the exact distance between you and some object. Once a novelty, now all rangefinders are actually monoculars. The two have merged into one device, and now the word monocular is often omitted. That doesn’t change the fact that they still feature a monocular, though. 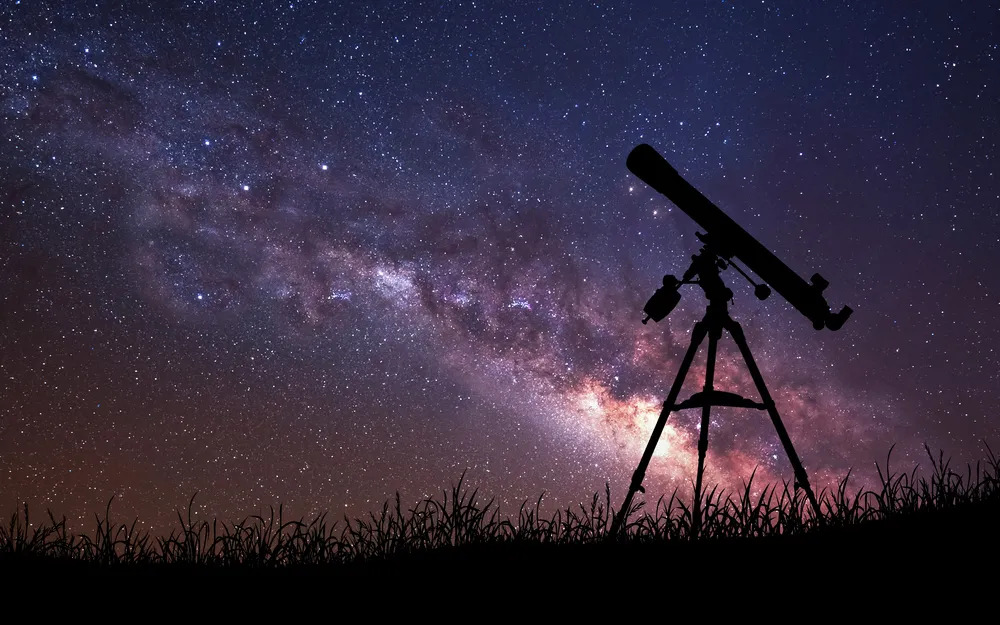 A telescope was the beginning of it all, the progenitor of all optical devices. To some, telescopes and monoculars are not that different: one is just bigger and can look further. That is a somewhat accurate observation that lacks depth. In fact, it is easier to enumerate their similarities than point out all the differences. A single eyepiece and spotting capability unify these two devices, but in other aspects, they stand pretty far from each other.

Let’s begin with magnifying ability. It goes without saying that monocular zoom is no match for that of a telescope, but that is only one end of the spectrum. At the same time, telescopes are pretty useless at shorter distances. Their magnification range starts from 30x, and it’s great for observing mountain tops and celestial bodies. If your object of interest is closer than that, a telescope will be of little use. The monocular magnification range begins at 1x and may go as high as 10x. They are more suitable for glassing and nature observation.

Then, we have a set-up necessity. There is no way to utilize a telescope without setting it up first. The weight and size supply won’t allow that. Telescopes are made of several parts and first need to be assembled and calibrated. They are also very sensitive to movement and need to be mounted on a tripod to be fully operational. Monoculars, on the other hand, are self-sufficient devices ready for exploitation right away. They require no optic accessories and are much more forgiving in terms of steadiness.

To sum it up, a telescope boasts greater magnification capabilities at the cost of a smaller field of view and additional set-up complications. They are also much more expensive. Monoculars are cheaper spotting devices that are easier to exploit, though they are only suitable for short-to-medium distances.

Benefits of Owning a Monocular

Owning a monocular won’t fix your life or change the world order, but it comes with its own pleasant, even if less significant, advantages. First of all, you gain an eyesight extender that allows you to get closer to wildlife without actually getting closer. Animals are very perceptive, and even the slightest rustle can scare them off. Some picturesque places might be hard or simply dangerous to reach. With a monocular by your side, you take a peek at places far away. That is the biggest benefit of owning a monocular.

Some benefits arise when you compare monoculars to other optical devices. They are much easier to exploit than telescopes and are less bulky. Truth be told, compactness and lightness are the advantages that monoculars have over spotting scopes and even binoculars. Some monoculars can boast night vision lacking in telescopes and spotting scopes. They also require only one hand to operate. All in all, it can be your go-to optical device that can fit comfortably in a pocket. 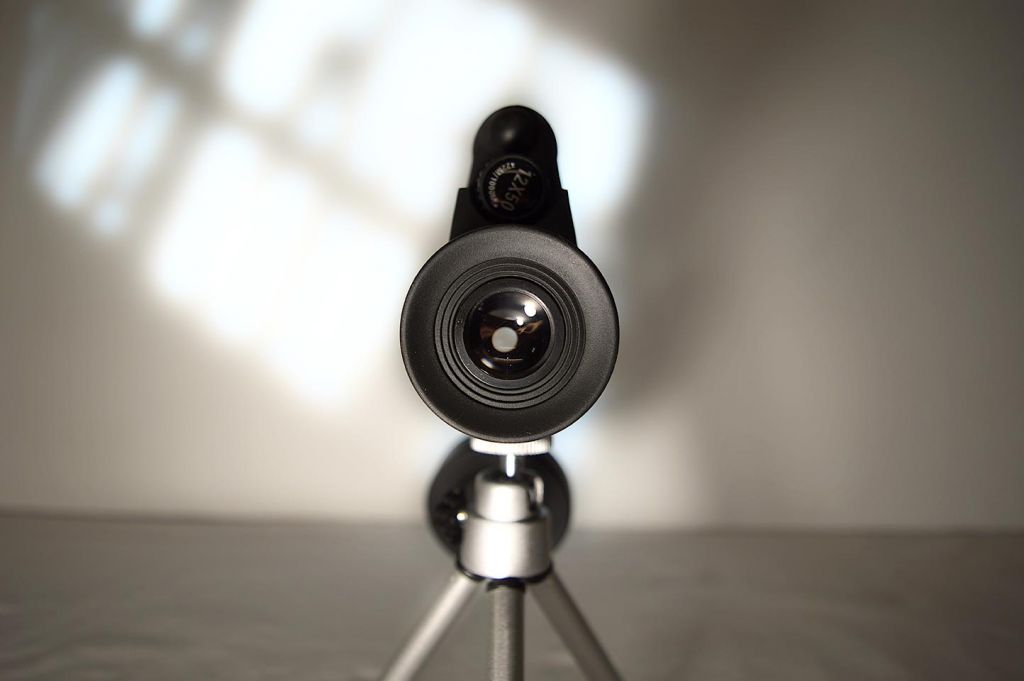 How to Choose a Monocular

The main thing to determine when choosing a monocular is how powerful you want it to be. You are not choosing among thousands of variants, as only a few monoculars boast magnification power higher than 10x. The thing is, they have smaller lenses, and image quality suffers as magnification goes up. The picture is still quite clear below 10x zoom, but everything above would be blurrier than you’d want. You might opt for monoculars with adjustable zooming range as they offer more versatility or stick to those with a fixed range as they provide a clearer image.

If magnification is of secondary importance and you look for a night vision monocular, determine the conditions in which you plan to use it. An intensifier-tube monocular may be great for walks in twilight when light is still present. A thermal imaging monocular will work even in complete darkness and is effective even if you are not trying to spot animals.

Best Places to Use a Monocular

Monoculars are quite universal in their application, in the sense that you can use them anywhere you want. However, there are things monoculars are good or not so good at. If you want to observe a stationary or very slow object, monoculars will serve you well. They aren’t too good at capturing fast-moving targets, though. Nonetheless, it’s not a bad idea to use monoculars for bird watching. Keeping a device like that in your pocket might actually provide many unexpected opportunities for observing birds. Spotting scopes are quite hefty, and you won’t keep them on your person all the time. The same goes for binoculars. Other than that, monoculars are suitable for everything from observing nature to admiring cityscapes.

Monoculars are unjustly overlooked by many outdoor enthusiasts. Despite that, many leading outdoor optics brands like Leica, Vortex and Hawke don’t give up on them. Monoculars cannot boast the superior magnification of spotting scopes and might not be the best choice for watching fast-moving targets, but they offer many other benefits. They are affordable and compact alternatives to spotters and binoculars. Give them a chance – and you won’t regret it.