How To Select Hunting Clothing: Primary Items - The blog of the gritroutdoors.com 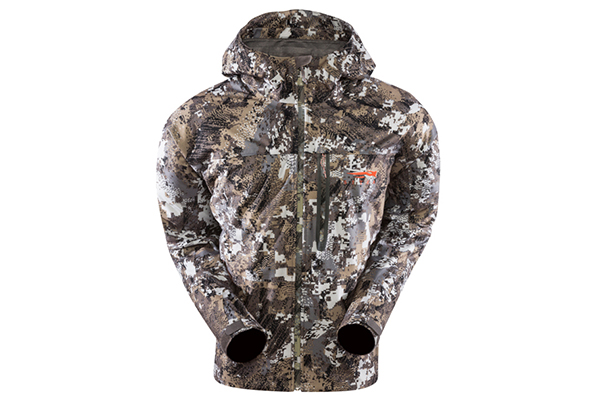 The choice of hunting clothing is just as important as that of your rifle or scope. While inferior hunting clothing can ruin your hunt or cut it short, superior hunting clothing can give you an edge and keep you comfortable in the field until that trophy buck or other game shows up. In extreme moments, quality hunting clothing might just keep you alive if the unthinkable happens, so it is nothing to skimp on, that is for sure. Chances are you’ll never be in a life or death situation when hunting, but if you plan to hunt far away from any roads or in extreme elements, factors like warmth and sweat and moisture management are vitally important.

One of the most dangerous situations a hunter can be in is to be wet from either the elements or sweat. As the temperature drops, significant amounts of moisture can draw warmth from the body and cause hypothermia. This is why you need warm, breathable clothing whenever you are out in the elements for an extended period of time. The other factor that hunting clothing can provide is silent movement. Good hunting clothing is designed with quiet zippers and material that does not “swish” when it comes in contact with other surfaces of the clothing. Not to be overlooked, hunting apparel should account for silent movement.

The current trend in hunting clothing is layering, and it is an effective way to adapt your level of warmth and protection to the current conditions while still having additional clothing for the unexpected storm or drop in temperature. We’ll be referencing the system that one of our flagship brands, Sitka, utilizes, but keep in mind that this concept applies to other brands as well. In this article, we’ll be covering the primary items in four layers: base layer, insulation layer, outer layer, and waterproof layer. At times you’ll see this simplified into three layers: base, insulation, and outer shell. Either way, you’ll want to have a quality item to match every layer before you plan on doing any substantial hunting. Let’s examine each in greater detail.

The first layer is the base layer that goes on first and that is closest to your body. Usually long sleeve with matching pants, the base layer, also called the next-to-skin layer or the core layer, is comparable to what some would call long johns. But don’t be fooled, these aren’t your normal long johns. Most base layer clothing fights moisture and sweat accumulation by wicking it away, and this prevents chilling at the layer closest to your body. Base layer clothing can also fight the growth of bacteria and fungi minimizing body odor and helping you to feel fresh on those all day hunts. 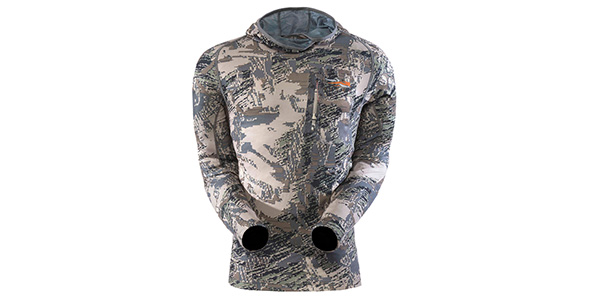 Yet odor control has a much more important function than freshness. It is also key to minimizing your scent while in the field. Experienced hunters know that scent control can make the difference between filling your next tag or going home empty handed, and if the game you’re tracking picks up your scent before you have an open shot, chances are they’ll be long gone for good. Note that scent control technology is not fool proof, and it should be combined with a knowledge of wind direction, proper washing of all your apparel before hand, and other scent masking agents. Today scent control is accomplished by one of two technologies:

Match your base layer selection to the environment and climate you primarily hunt in. If it tends to be a warmer climate, then opt for a short sleeve top with pants. But if there is ever the threat of colder weather, ensure you have a long sleeve top and matching pants. Moisture wicking is a must for the base layer, and while scent control can be viewed as an optional choice, usually moisture wicking and scent control are paired together. Curious about whether or not your base layer should be camo patterned? Since you never know what the climate will do, having the option to strip down to the base layer and still stay disguised is a worthwhile option vs solid black base layers.

The second layer is the intermediary layer responsible for insulation. The insulation layer rests on top of your base layer clothing, and it can serve two purposes. First it can provide added warmth on an extra cold day, but it can be stored in your hunting pack when you aren’t in need of it. If you plan to use the insulation layer like this, ensure it will fit in your pack and that it is meant to be stored as such. The insulation layer can also act as your top layer on a warmer day. Insulation clothing should have the same moisture wicking and for some scent control technology that the base layer has, but if you plan to deploy it as your top layer now and again, then an added feature like Sitka’s Windstopper technology is a wise investment. Windstopper apparel wicks moisture like every hunter wants, but it also acts as a membrane that keeps warmth in even when substantial winds are blowing on the wearer. Similar to the base layer, you’ll want a top and bottom for the purpose of insulation.

The choice of a camo pattern or a flat pattern is one that depends on how you plan to use the insulation layer. If you never intend to wear it as your top layer, say you’re hunting back country environments where it is always cold, then a camo pattern is less of a concern. However, we always recommend camo in every hunting layer as a just in case option. This gives you more flexibility for other hunting circumstances, and it ensures that your brighter or flat colored insulation layer doesn’t peak out from under your outer layer. Depending on your preference, a hood can be a good addition to an insulation layer, but just make sure it doesn’t conflict with your outer layer. One other important consideration for the insulation layer is waterproofing. Nearly all insulation layer clothing is not going to be approved for conditions like snow or rainfall, so don’t buy an insulation layer item expecting it to be ready for wet weather.

The outer layer is either always the top layer or the primary top layer depending on how you plan to use it. The outer layer should be tough and not easily damaged by rocks or branches, and it should repel or discourage water collection on its surface, so avoid fabric or apparel resembling a sweatshirt or fleece for this layer. Once again, the outer layer consists of both pants and a jacket, but they will be thicker than the previous two layers. Some extra features to consider in the outer layer are rubberized cuffs that keep water from running down your sleeves and pockets to hold small personal items and serve as an extra shelter for your hands on those longer hunts.

Gore-Tex is a popular material for outer layer applications, so if you see it as an available option, choose it over other alternatives. Gore-Tex is a premium material that fights moisture accumulation by allowing water to evaporate while keeping water from seeping through the outer layer. The way Gore-Tex accomplishes this is with its microporous structure. There are 9 billion pores in each square inch of Gore-Tex material, and these pores are large enough to allow water vapor to evaporate through them, but they are two small for water molecules to pass. The end result is the perfect mix of allowing perspiration to escape while keeping water from seeping into the jacket or pants.

Once again, camo patterns are a must for this layer, and be sure to match the pattern to your most common hunting environment. Hoods are far more common in the outer layer, and given the choice a hood on the outer layer is preferable to a hood in your insulation layer.

For some, the threat of continued rainfall or a blizzard is something they commonly cope with. In cases like this, it is wise to account for a truly waterproof layer, even if they won’t need it 100% of the time. As we mentioned, the outer layer can sometimes serve this purpose, but for those truly extreme environments, the waterproof layer can serve as an extra line of defense should your environment become really intense. Gore-Tex construction and true waterproof surfaces are a must in this layer, and camo patterns are once again the only choice. While this layer is overkill for some, those who seek the extremes of hunting will want an option in this layer as well.

One other layer to consider is that of blaze orange. Although not a true layer when compared to the previous options, hunters orange is a requirement for many whenever they go out on a hunt. Hunter’s orange will ensure you’re visible to other hunters as you move to and from your stand or blind, and it’s a good practice to wear it all the time when you’re out in the field. Check your state regulations for hunter’s orange requirements before you purchase this clothing. Usually worn as a vest over the rest of your layers, some states also require hunters to wear a blaze orange cap.

In our second part of this article, we’ll examine the extras like hats, gloves, waders, etc.

The Sitka Downpour Jacket with Gore-Tex material and a water repellent finish pictured as thumb image.