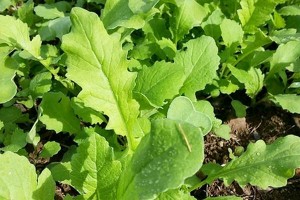 When we think of food plots, we’re probably thinking about acres rather than square feet. I shot my first deer in a five acre food plot. Eastern Wild turkeys follow miles and miles of gravel roads for the grit and for the clover that was seeded for erosion control. We think big when it comes to food plots, especially for hunting, but big isn’t required.

A few years ago we started getting serious about food plots at our house. Steve and I own 45 acres of mostly forested land in northeastern Maine. Our deer population is low so anything we can do to help them through a hard winter and even easy winter like 2016 is good. You don’t have to be an avid hunter or even a hunter at all. Feeding the wildlife is a nice way to give back for the enjoyment you get out of seeing the animals.

The best way to get off to a good start is with a soil test. You have to make the most of a small plot. You’ll probably be planting intensively to keep a variety of food available for long periods of time. Without acres to browse, you have to offer healthy plants the animals want to eat. Nutrition starts in the soil. Get your test done and amend the soil as needed.

Our largest food plot is about 100’ x 100’. A large assortment of food keeps the deer, snowshoe hare, turkeys and grouse coming back from late summer through early spring. There are tiny plots nearby as well as a variety of fruit and nut trees, though the nuts aren’t producing yet. Food plots require thinking ahead, sometimes years ahead. 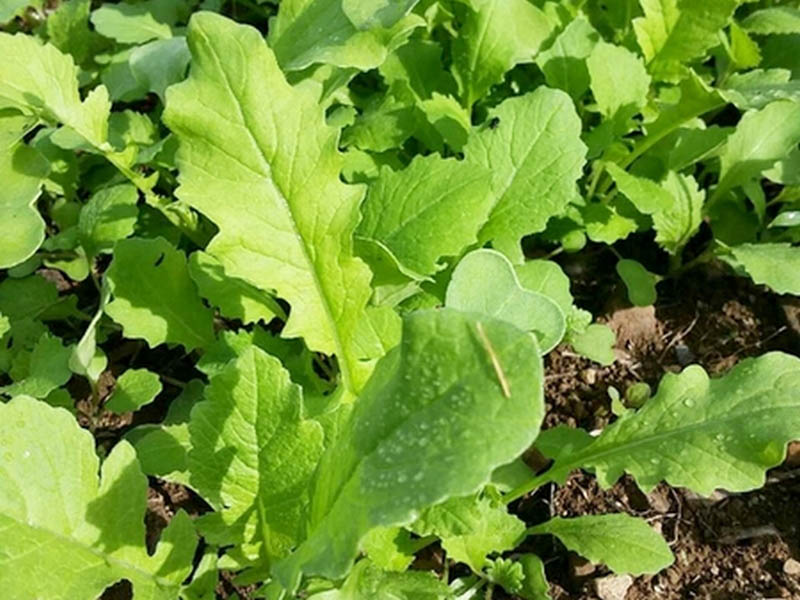 This small food plot started as a former market garden. It was a shame to let the space become unproductive so we started an orchard. The first tree, a crab apple, was girdled and died back. Shoots from the roots have been selectively pruned to one strong main trunk. Old and overgrown apple trees might be a good place to start a small food plot. Chances are wildlife already knows the tree is there and are visiting it as it drops fruit. 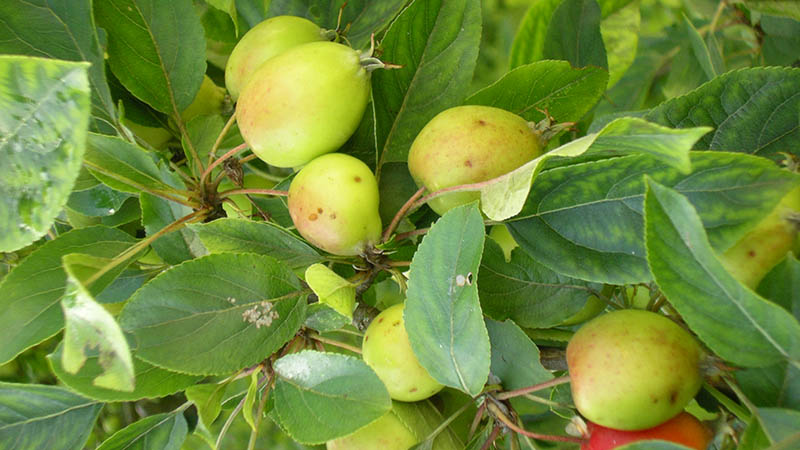 In the beginning, we seeded the plot with winter and spring oats and winter rye. There were signs of deer in the food plot now and then but they weren’t here frequently. Turkeys found the plot and cleaned up one spring seeding when the oats were one to two inches tall. We reseeded and made a point of chasing them away every time we saw them. 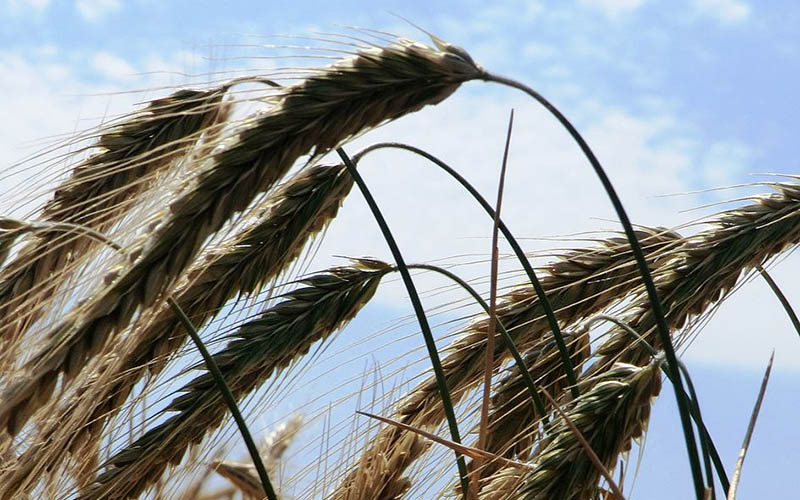 The results were disappointing. The oats and rye grew well, but we lacked variety. A five-foot wide strip planted with Dutch White Clover kept the deer and grouse interested. We’ve made a lot of progress in this small plot since then. We’ve added three plum trees (American, Toka and Kaga), two pear trees (variety forgotten) and more apples. The apples have staggered production starting with mid-summer and ending with late fall. Without the late fall varieties, we typically don’t still have apples on the ground when the fall turkey and deer rifle hunting seasons open.

In 2015, we added pumpkins to the plot. They didn’t grow there, but knowing that deer like them, we dropped a few in the plot. They were gone within days. This year the plot will have a five foot strip that is freshly seeded with Dutch White Clover and pumpkin seedling transplants. I’ll cover the transplants with a low tunnel until they’re bigger than the crows like. Deer don’t like the prickly stems of pumpkins so once the plants are established, you won’t have to worry about them eating the unripe fruits. They’ll be there in the fall.

We’re also adding broccoli and cabbage to the plot. Deer found them in the backyard garden so rather than turn the plants into the soil when they were done producing we left them. They dug through snow to get to them and continued to nibble away at the broccoli plants until the cold killed them. 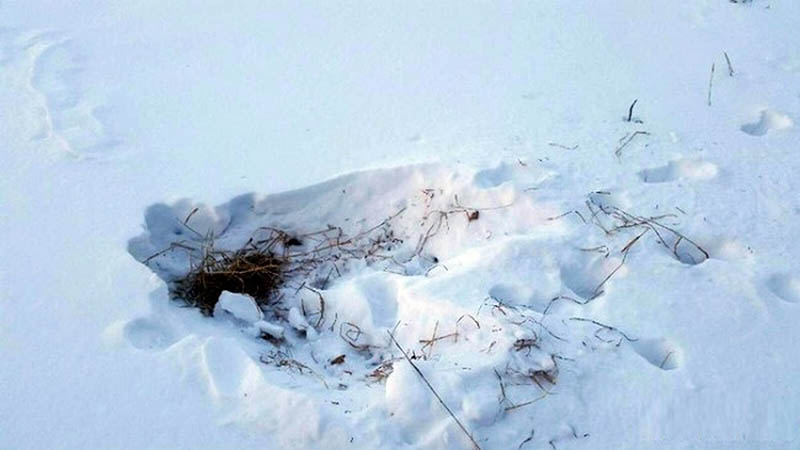 Small food plots can be rototilled strips or simply scattered seeds. Our tiny plot started on an old skidder road. It’s about 10’ wide and 100 yards long. Clover grew on its own and then we added more. Grouse and snowshoe hare use this plot most often. Deer and turkeys pass through and nibble. A wild apple tree with unfavorable yellow apples is producing and will be released this spring to give it more room to grow. The yellow apples aren’t as sweet as the others, but when the sweet reds are gone the yellows serve a purpose. Steve will release the tree, I’ll haul the brush into a pile for hare habitat, and we’ll use any hardwood trees for firewood. When we’re finished we’ll work in the amendments the soil needs, scatter clover, beet, turnip, and forage radish seeds, and see what happens. It’s a shady spot. As the tiny plot widens over time sun will be able to get in and what we plant will change.

This winter was the best in the small food plot so far. When we were close to running out of pumpkins, we added a mineral block in hopes of keeping the deer’s interests and to see what else might use it. We’ve watched two bucks, an eight and a six point, does with fawns and a single old doe. It’s the first year, we’ve had deer in the plot all winter, and it’s the first time we’ve ever had bucks on the game cameras. It’s exciting. Grouse had a good reproduction year in 2015 so both plots usually had a grouse or two in the morning. The turkeys haven’t been here since October. We haven’t had more than a foot of snow at a time so the deer had an easy time digging to get to the clover and winter rye.

A note on bringing food into the plot

I took pumpkins and apples to the plot. If I’d hunted over the plot, I would have had to remove both at least 10 days before the deer hunting season opened. In Maine, if pumpkins and apples grow in the plot, they are food. If I take them, there they are bait. We can hunt deer over food plots but we can’t hunt deer over bait. I don’t know that we’ll ever shoot a buck here (we can’t harvest does), but if the right one came along and we had a good shot, we’d probably harvest him. I’ll grow the pumpkins and apples in the food plot to make sure we’re always following the law. Make sure you know what the local laws dictate. Better safe than sorry. And remember, you don’t have to hunt to have a food plot. The wildlife will appreciate your effort.