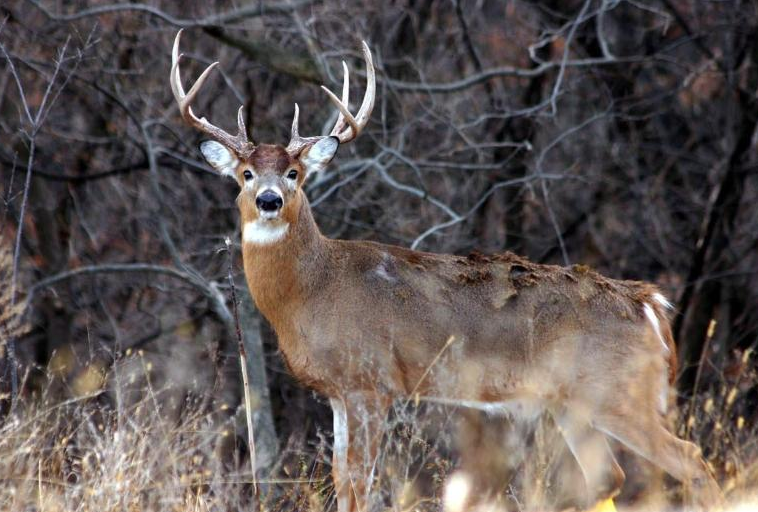 Hunting can turn out exhausting if you don’t use any gear. Especially if your target game is deer. Deer are very cautious creatures attentive to the slightest sounds made by a hunter or a predator. That is why the most popular deer hunting methods are the slowest, the ones that require fewer movements or no movements at all, such as treestand, ground blind, and still-hunting methods.

Such hunting styles would take too much time without deer calls. Game calls are devices that reproduce calls of a specific animal to attract its attention. With their help, you can draw an animal to your hunting spot where you take it down with one precise shot.

Still, simply using a deer call does not result in immediate success. It’s just a tool that can ease the hunting process in capable hands or fail if you don’t know what deer calls to use and when. Becoming an expert in call hunting requires knowing animal behavior, calls they use and the reasons for them, season and location specifics, and many other subjects.

Some novice hunters may think that deers are less vocal than fowl and don’t even dwell on purchasing a deer call. Well, this conjecture is wrong. Deer communicate using a broad variety of sounds, and once you know all subtle aspects of deer vocalization, your odds for success will be much higher.

All deer calls can be categorized into grunts, bleats, snort wheeze, and rattle. Let’s enlarge upon this topic.

Hunters use this call very often. You’ll see bucks grunting during the rutting season when they rub trees, demonstrate dominance, spar, chase does. Deer are extremely vocal and very responsive during the pre-rut and rut, that’s why they are very likely to approach a hunter that uses grunt calls. Depending on the situation, you can choose between occasional grunts or a series of short grunts.

Does also grunt to make contact with other individuals, but they sound softer. It may attract both male and female individuals.

Usually, grunt calls are used to lure a deer that is already at sight but still out of the range.

Bleats are specific to does and fawns. Does bleat throughout the year, especially during the rut when they are in heat. Estrus calls can be heard during the late pre-rut until the post-rut period. You can mimic estrus calls to lure a buck looking to breed.

Fawns bleat when they are in distress lost or chased by a predator. Distress sounds will make a doe bleat in response or approach the source.

This is a dominance call usually produced by a big mature buck warning younger and weaker bucks to stay away. Bucks make this noise rarely, so you should be very careful and know the right time for it, otherwise, you’ll just put deer to flight. Hunters use a snort wheeze call for a buck’s territorial instincts to backfire on it.

Rattling noises are made by anthers of two bucks fighting. It’s an aggressive sound that can be heard during the whole rutting cycle, yet the frequency of deer spars varies over this time. During the pre-rut, clashes occur more rarely, as bucks are trying to figure out their place in the hierarchy. The rut is the hottest time full of severe encounters. During the post-rut period, spars become rare occasions, but rattling still may work as there are does out there coming into estrus a little later.

As you can see, which calls to use greatly depends on the season. And the time the season starts often depends on the location you plan to hunt in. Mind that and do some research when planning your hunting trip.

Also, work out your call strategy. For instance, during the pre-rut and rut time, you may want to sound aggressive, as there are more chances to play on the restlessness of bucks eager to assert dominance and breed. And during the post-rut, doe estrus bleats may turn out to work better, as this call attracts shier young bucks who won’t miss the opportunity to breed without competition.

Don’t be inconsistent. If you don’t want to divert deer, start with non-agonistic bleating calls, and if it’s not working, go for grunts and rattling.

If you’ve ever considered buying a deer call, you’ve probably seen both hand-held and electronic calls. Well, do electronic calls work? Yes, many hunters, expert and novice, use them. With a high-quality item, reproduced calls will sound realistic and won’t scare deer. Electronic deer calls provide a broad range of sounds and require no special skills to operate. You just push buttons and that’s it. Of course, you still need to know theory to achieve success. One more important advantage is that you can operate it remotely. This is most beneficial for treestand hunters because you can place a call on the ground and be out of the line of sight.

However, as great as electronic deer calls can be, they still have disadvantages: they are less portable, expensive, require battery power, and may go out of order right in the middle of the trip. Besides, some hunters find them less fun to use as they don’t feel personal accomplishment.

Hand-held calls, on the other hand, are extremely portable, affordable, and provide more flexibility to keep up with the situation. They require some dexterity and skills to master, but once you do, you’ll be having much more fun.

To be fully prepared for any situation, you’d better have both electronic and hand calls. It won’t go amiss. So let’s take a look at the best hand-help deer hunting calls to accompany your electronic call.

Primos Hunting is a company that specializes in designing and manufacturing game calls and other products for hunting, such as ground blinds and shooting sticks. And here we have a bleat call originally introduced in 1986. It charmed lots of hunters. A high-quality wood barrel ensures realistic tones, loud volume, and durability. This call has a short learning curve.

It is intended for reproducing fawn bleat to attract does. The call has an adjustable reed for pitch change.

One more Primos Hunting product here. Unlike the first call, it is made completely of rubber which makes it extremely versatile. The call converts from a mature buck grunt to a doe bleat. All you need to change the pitch is simply press buttons. The model also features a volume control megaphone.

Some may say that rubber calls are not good in cold weather because of moisture getting in. Well, Primos thought this issue through. In cold environments, just turn the call backward and produce sounds inhaling through the megaphone.

The third top-rated product in our list is manufactured by Haydel’s Game Calls Inc. This deer call is made of acrylic which carries sound further than wood and plastic. A two-way design allows you to produce calls of a younger fawn using a high-pitched end and an older fawn using the other lower-pitched end. You can also make distress sounds by exhaling and inhaling.

Obviously, GritrOutdoors’s offer is not limited to the mentioned brands and products. We have lots of various hunting products for sale.