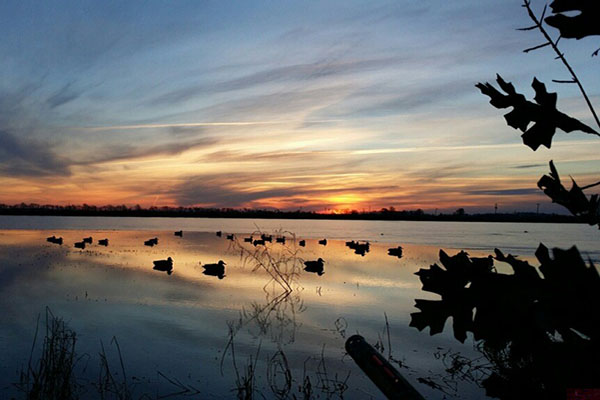 For serious waterfowl hunters, a good duck call becomes a trusted companion. Season after season hunters hang their go-to calls around their neck as they walk stealthily to their blinds in the early morning dawn. But for the uninitiated, it is natural to wonder how they decided upon their favorite calls. There are hundreds of brands and varieties, and if you shop merely on appearance, you likely won’t get the right call for your needs. The first part of the selection is easy: the one primary type of a duck call is a mallard hen call – easy enough, right? However, there are a few other things you’ll need to know before you pick out that first duck call.

There are two primary types of mallard calls: single and double reed. Again, this decision is easy if you’re a beginner. Double reed calls are easier to operate and can make fairly realistic calls without a huge time investment on the part of the caller. If you’ve never owned a duck call before, then start with a double reed call.

Although modern double reed calls are pretty reliable, there are some drawbacks to be aware of as you begin to practice with them. But first, you need to understand a bit about duck calling logic. As ducks are on the horizon or looking over your decoys or landing spot, you’ll want to produce a loud, or “open water” call to bring them into your spread. But as they draw closer, you’ll want to use a soft or “closing” call to finish the job. Those who hunt in flooded timber or small, secluded ponds will also rely heavily on the softer call.

The problem is double reed calls can only target one range, either loud of soft. So you can’t use your loud open water call as a soft call. So if you decide to go with double reed calls, you’ll want to diversify your models to account for this issue. Another drawback to note with double reed calls is that they can freeze in lower temperatures. Since you’re putting moisture into the call, the two reeds are more likely to freeze together since they are touching one another. Take special care to keep your calls warm, and never leave them in a cold place overnight. Even if you’re cautious with your reeds, they will eventually need to be replaced, and it’s wise to have a back up pair on hand in case this happens.

There are essentially three popular materials that duck calls are made from: wood, polycarbonate, and acrylic. Wood is the classic material, and many prefer them because of their nostalgic feel. Wood calls will eventually lose their effectiveness as moisture seeps into the wood, so take note of this before purchase. Polycarbonate is the least expensive material, and while it won’t succumb to moisture like wood, it’s clanky, plastic feel isn’t desirable for some. Acrylic is the most reliable material of the three, and it’s strong construction allows for rich calls. Acrylic also won’t succumb to moisture like wood. Take note of these differences and choose a call that meets your budget and preferences.

We’ve already touched on open water calls, and soft or timber calls are opposite to the louder open water calls. You’ll find varieties of both when shopping for a call. Cut down calls are a variety of mallard call where the reed has been “cut down” or shaped to slightly change the sound of the call. Many hunters have experimented with cut down calls and had success as they produce a loud, unique call. Those who hunt wood ducks may also consider wood duck calls that mimic the squeal of a wood duck. Finally, hunters who want to diversify their calls may want to add a duck whistle that can be used in conjunction with a mallard call to coax ducks in closer.

The color of the duck call is another aspect to be aware of before you purchase a call. Chances are you’re buying a duck call for hunting purposes…naturally. But some folks like to call in competitions, and still others like to put duck calls in their den or wherever. The point is, there are two types of call designs: hunting calls and competition or display calls. It’s easy to tell them apart. A good hunting call will use natural colors, camo, or wood. A competition call might have flames, neon coloring, or whatever flashy design the manufacturer decides to use. It’s important to remember that ducks have sensitive eyes, and you won’t be doing yourself any favors by putting a neon duck call around your neck while in the blind.

Now that you’ve decided on that first call, there’s plenty of practice that comes afterward. Look a videos, read expert calling guides and learn how to produce feeding calls, quacks and more. There’s always something else to master in duck calling, so keep at it.