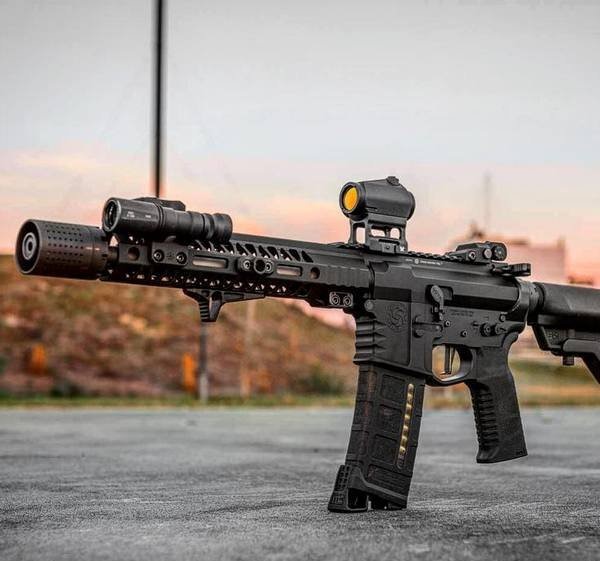 Remember the headache of aligning front and rear iron sights as you were just learning to shoot? Sure, practice makes repetitive results easier, but wouldn’t it be better to just instantly see where we’re aiming? Good thing we can with a reflex sight. And here’s some good news: Vortex renews two popular Red Dot models, the Crossfire and the Spark AR.

The original versions of both these models gathered lots of fans among hunters and recreational shooters alike. Now let’s see what we’re being offered this time.

When comparing to the previous generation Sparc AR and Crossfire, the first thing that stands out is longer battery life. 50,000 hours is a lot. this is a bit short of nine years of continuous operation. Let’s just say with these you won’t have to worry about battery for a couple hunting seasons at the very least.

As you can see above, Vortex Sparc AR and Vortex Crossfire are similar in more ways than not. Both sport 2 MOA reticles. This is a reasonable value. Not too small to acquire quickly, not too large to obstruct the target. About what you need at close to mid ranges. The Crossfire has wider adjustment ranges and multiple brightness settings. Also, it is smaller and lighter than Sparc AR.

Both sights are night vision compatible. Both sport 2 MOA reticles. This is a reasonable value. Not too small to acquire quickly, not too large to obstruct the target. About what you need at close to mid ranges. Similar body designs, many parameters are the same… The Spark’s “AR” in the name implies usage with a certain type of weapons, but nothing inhibits its performance with shotguns or pistols, either.

Vortex is a top tier optics manufacturer. As you earn a name so respected, you don’t have to say anything about image quality anymore. Vortex, however, likes loud claims about the durability of their produce. We mention this because there’s a popular misconception about red dot sights’ fragility. That misconception is just that: a misconception. Starting in 1920s and gaining wide use in 1930s, red dot, or reflex sights weren’t as small and energy efficient as modern ones. The bulky reflex sights of the time were used in tanks and warships. As they got a bit smaller, you could install them on fighter planes, then on stationary machine guns, and so on until the likes of Sparc AR and Crossfire became possible. Vortex Crossfire and Vortex Sparc AR are both made of Aluminum alloy vastly superior to any materials of the mid-war era. Modern organic glass is slowly catching up with some solid metals in terms of strength.

Again, in shorter form: Older sights made of inferior materials survived the recoil of tank guns and naval cannons. The Sparc AR and Crossfire by Vortex will handle anything your over-under can throw at them.

Crossfire and Sparc AR both offer small improvements compared to their previous versions. So, if you own one of those, renewed versions won’t offer you a lot. But if you are just considering the purchase of a red dot in the ‘two-hundred-something’ price range, take a much closer look at Crossfire and Sparc AR red dots by Vortex.

Don’t forget to shop gritroutdoors.com for new and upcoming optics by Vortex and many more!