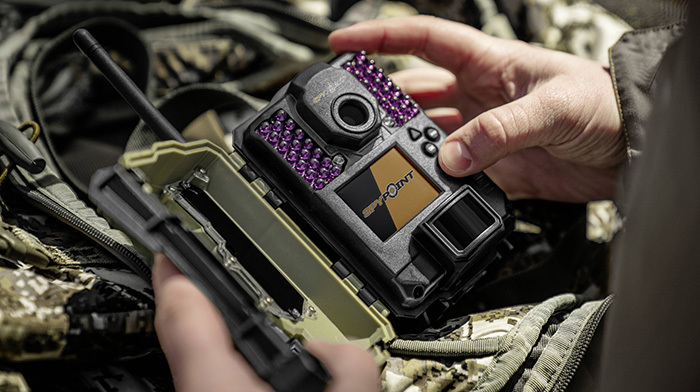 Who doesn’t dream of the ability to be in two places at once? Maybe that’s not the first option that comes to your mind, but if proposed, nobody would probably reject it. The convenience is undeniable, and possible uses are plenty. If somebody ever tells you that one of you is already too much, know those are people with poor imagination. And manners. But even though cloning and traveling through astral projections are beyond our capabilities, there is still a way to know what is happening in other places without visiting them. And yes, there is the news and everything, but no news anchor will tell you how often that buck comes to your hunting grounds or if somebody took the bait and walked into your trap. But a trail camera will.

That’s right, with trail cameras you will no longer need to walk miles only to find your trap empty. It’s hard to think of a better means of tracking and observing wildlife in their natural habitat. A trail camera allows you to see patterns in animals’ movements and behavior more easily, all while sitting comfortably at home. And you don’t even need to be a hunter to make use of such a device: researchers, wildlife observers, and simply curious people can also find it handy. These cameras can even serve as your home security cameras if you have a big land plot or maybe even a house, we make no assumptions here. But with dozens of brands producing dozens of cameras, what’s a humble hunter to do? How do you discern whom to trust? We could say you should rely on us, but nothing can replace first-hand experience. What we can do, however, is give some names that are very likely not to disappoint you. Spypoint is one of such names.

The SpyPoint brand came of age this year, having spent 18 years on the market. Some would say this is a short term not enough to build a reputation or gain expertise in what you do. But let’s leave all these ageist thoughts behind and look into what SpyPoint has managed to achieve within these years. From a small start-up with no more than three employees after the first year of work, SpyPoint grew into a competitive company with more than 100 full-time employees, its products sold in over 45 countries all over the world. SpyPoint has not only developed some innovative camera designs but has also launched its own software to bring customer experience to a whole new level. SpyPoint app allows you to sort all the photos from the field, check hunting conditions, and update camera settings right from your mobile device or a tablet. With this scouting software, you can enter your hunting grounds ever so confidently.

But an app needs a camera to work, so let’s switch from software to hardware. You are here for cameras, after all. What is it that makes SpyPoint cameras worthy of your attention? It would be inappropriate to jump to summarizing conclusions while there are several cameras, each endowed with different features. So, instead of saying “they rock”, we would rather elaborate on some of the cameras you can acquire on Gritr Outdoors.

The firstborn of a new generation of Micros opens our lists with ergonomic design and several innovative features its predecessors lacked. SpyPoint Link-Micro was one of the most popular cellular cameras for years, and it is now enhanced with the highly-reliable LTE cellular network. Faithful to its traditions yet ready to enter the new era, SpyPoint Link-Micro-LTE came to challenge any expectations a hunter may have for a cellular camera.

The Link-Micro-LTE is a photo-mode-only camera capable of taking multiple shots for one trigger. You can manage all camera settings in the app together with a range of advanced scouting tools like enhanced species filters, mapping, and weather integration. The photo definition is 10 MP, which is quite far from SLR cameras but still enough to get a clear picture of animals. The photo mode activates in half a second after the detection sensors are triggered. The multi-shot mode allows two pictures to be taken per single detection, the continuous mode is also available. This cellular camera can detect movement from as far as 80 feet. Four light-emitting diodes carry the flash for the same distance. This is a great budget option for those who want to get acquainted with trail cameras and understand the principles of their work.

Is there anything that differentiates this camera from the previous one except for the letter S? And what does the S stand for? SpyPoint Link-Micro-S-LTE is an upgraded version of the already mentioned camera. S stands for Solar, not Superman, and not even Hope. This camera model offers incredibly long battery life thanks to the integrated solar panel and lithium battery technology. The bundle also includes a free LIT-10 rechargeable lithium battery pack. If the weather stops favoring you, there is a 12V USB cable you can use for recharging the camera. In addition to that, the Link-Micro-S-LTE camera features an increased detection trigger speed – now 0.4 seconds instead of 0.5.

In every other way, this is the same good old Link-Micro-LTE. The same photo definition, the same detection and flash range. SpyPoint Link-Micro-S-LTE saves your time and money by being more energy-efficient and offers you an increased trigger speed.

Called Pro for a reason, this SpyPoint camera features an image quality that no other trail camera is even close to. With the image definition on the level with certain smartphones, SpyPoint Force-Pro takes pictures in 30 MP. That’s right, that is three times as much as Micro series cameras have. But that is only the beginning. The feature previously unavailable arrived in full bloom in this model: videotaping. And not just some video, the Force-Pro captures video in no less than 4K. That is almost good enough to believe you were at the place yourself.

Pretty pictures are far from the only benefit this camera brings to users. The detection trigger speed doesn’t stop shrinking: Force-Pro begins to take photos and record videos in less than a quarter of a second from the moment of the detection – 0.2 seconds. This innovation ensures that no animal escapes the prying eye of the camera. While the trigger speed decreases, the detection range goes up: from now on your camera notices animals from 110 feet away. Even more than that, the camera can now take up to six pictures per detection. We are not playing favorites here, but SpyPoint Force-Pro outperforms all models in terms of image quality and detection range. It lacks solar panels and relies fully on batteries, but for such outstanding performance, this is a small price to pay.

The cherry on the top, the Link-S camera brought together all the best features of the whole Spypoint cellular trail camera product line. In addition to that, it upgraded some of those to a whole new level and even introduced a new one that is very likely to win every hunter’s heart. Or mind, depending on how you prefer to make your decisions.

The SpyPoint Link-S is capable of taking up to six 12MP pictures per detection and recording HD videos. The Link-S detects creatures at an impressive distance of 100 feet. It also features the already familiar solar panel charging system that allows you not to visit your camera for months.

Now to features seen in no other SpyPoint camera before. The detection trigger speed is as low as if there is none at all: 0.07 seconds. We cannot even begin to describe how fast that is, even thinking about it takes us more time than for the Link-S to take a photo. But the last feature is an unprecedented innovation. HIT flash system. This Hybrid Illumination Technology allows you to adjust the flash to no glow so that it won’t disturb the game. A camera that takes photos without spooking the animals is a rare asset. With self-sufficient solar power charging, close-to-none trigger delay, and undetectable flash, SpyPoint Link-S is a true trove for any hunter.