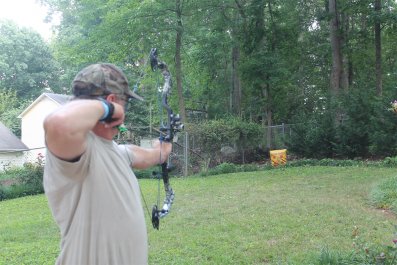 If there were ever a term that I personally hate in the hunting and shooting arena, it is the phrase “Target Panic.” I have no idea who ascribed this term to the physical and mental struggle archers have, but it seems to me to be a most inappropriate term.

In the shooting sports world, be it shotguns, rifles, or handguns, the term used for the anticipated firing of the gun is known as a “flinch.” But for some reason, in the world of archery and bow hunting, it is known as “target panic,” when it is nothing more than a flinch, a reaction of the anticipation of something prematurely. When shooting a rifle, many shooters will flinch, or suddenly jerk in anticipation of the explosion of the firearm. The anticipated recoil of the gun causes many to react prematurely to the actual recoil. This premature anticipation often causes the miss of the target from milimeters to several feet in extreme situations. This flinch causes missed targets and wounded game, and it must be mastered in order to become a proficient shooter. Gun shooters and hunters spend hours practicing the trigger squeeze to eliminate the flinch before the shot. It can and is mastered. The surprise of the gun firing is the key to marksmanship.

Likewise, in archery, shooters and hunters must master the flinch, or “target panic,” of shooting the arrow in order to make pinpoint shots consistently. We must not anticipate the explosion, but rather be surprised by it. 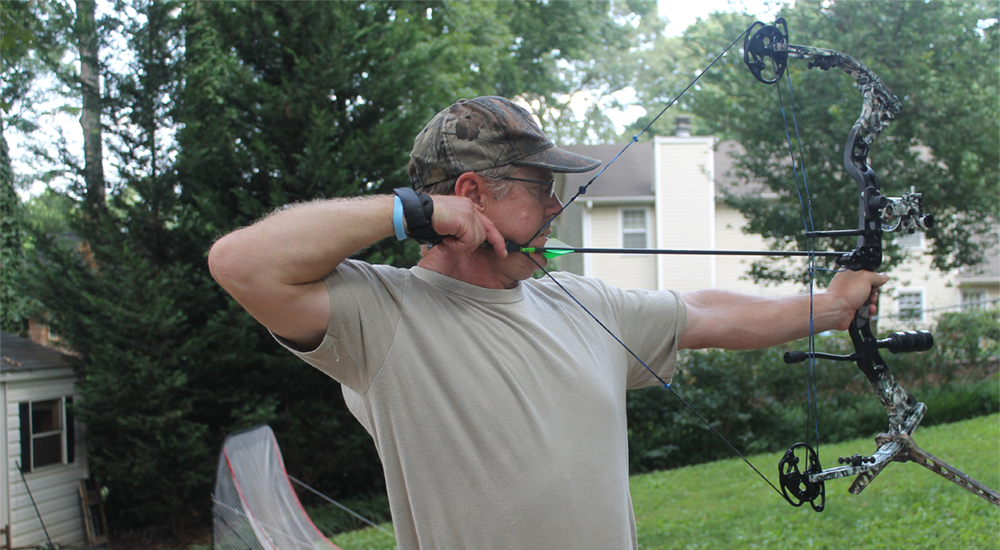 What Is Target Panic?

In shooting firearms, the anticipation is easily understood. When the shooter pulls the trigger, a very violent explosion occurs. The firing pin strikes the primer and an explosion inside of a barrel occurs causing a loud sound and a recoil to the shooter. For some shooters, this recoil can be painful from certain firearms. Anticipating the recoil prematurely causes a flinch and a missed target.

When shooting archery, the bow makes little noise, and there is little noticeable recoil. The only surprise is: “When is this thing going to go off?” With firearms, it is a trigger pull, constant pressure on a trigger while holding aim until the trigger breaks and the gun fires. Archery is exactly the same way with one exception, we are holding tension while pressing a trigger. (For this discussion, I am assuming compound shooters using a mechanical release.) This anticipation of when the trigger will fire is what causes the flinch, also known as “Target Panic.”

I believe it is safe to say that sometimes there are sure target panic situations. When shooting for championships in competition, the pressure of the moment can cause sudden premature release of the trigger. Or when the buck of a lifetime shows up at twenty yards and you shoot three feet over his back. The excitement of the moment causes us to forget all we learned and make stupid mistakes. 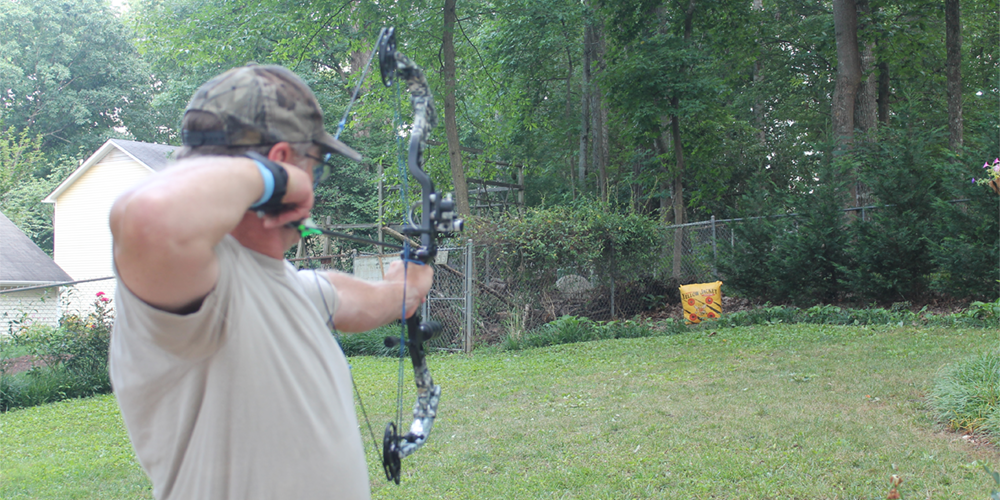 So how do we identify the archery flinch? It is the premature anticipation of shooting a traditional or compound bow. It begins between our ears and gradually moves to our upper back and muscle memory. Here are five tips to avoid target panic that can help you eliminate it completely from your shooting.

Finding a good release and getting it dialed in is crucial to eliminating the archery flinch, or target panic. After years of struggling with this, I made the switch from a finger release to a thumb release, and this helped tremendously. My thumb release is more adjustable, and, therefore, I am able to get it set to the pressure I desire, and this enables more accurate shots and a better anticipated release.

Concentrating on nothing but the trigger pull is paramount. Too often we get focused completely on aiming – but to eliminate the target panic, you have to focus all of your attention on the trigger pressure.

You read that correctly. After hundreds of hours practicing, you will notice that your sight pin automatically goes to the center of the target. It is drawn there by muscle memory and mental awareness. Your brain will put the pin where it needs to be. If you are focusing on aiming alone, you will punch the trigger, thereby making a less than perfect shot. Focus instead on trigger pull and let your training overcome the aiming. If you drill into your head about aiming, then the focus of trigger pull will dominate your thoughts.

When you are in control of your shot, you can stop it at any moment. If your bow does not fire in a specified time frame, let down, do NOT force yourself through the anticipated timeframe. This will always lead to poor shots. During practice, draw your bow, hold on the target, apply pressure to your release, then reverse the order and let down. Stop your shot. When you can do this, you are getting close to mastering the archery flinch.

Say something! For example, when I am at the moment of truth with a buck walking in, this goes through my mind, “Breathe, draw, anchor, hold, squeeze, follow through.” When I am practicing, I go through the exact same mantra – “Breathe, draw, anchor, hold, squeeze, follow through”. By doing this thousands of times, when the moment of truth arrives, I am ready for whatever happens. This mantra enables me to control the shot process, and it also helps me to stop it at any time. If somewhere during the mantra, the buck does something different, I can stop it and then start over when necessary. 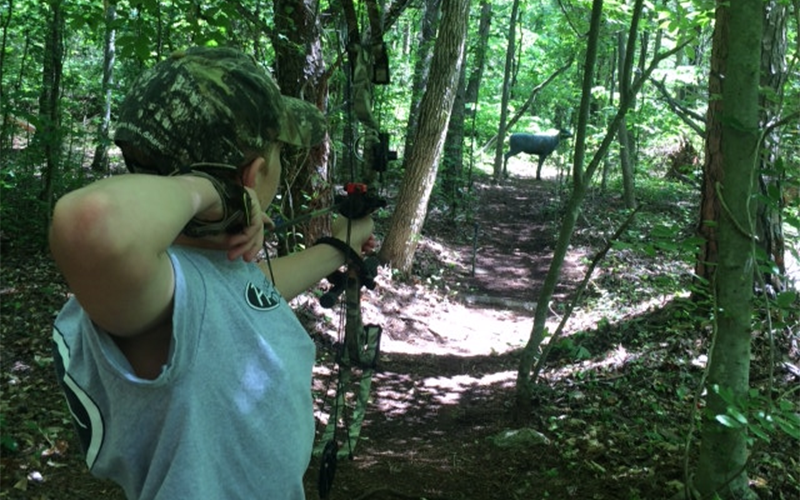 Take Control Of Your Shot

Practicing these tips will help you to be able to eliminate the archery flinch or target panic. Nothing is more frustrating than finally having the buck or bull of your dreams show up and making a complete miss due to flinching. Take control of your shot, and you will eliminate the option.